What Africa Does the African Writer Write About? by Mia Couto

Editor's Note: This essay was originally delivered as an address given at the award ceremony for the International Prize for the Twelve Best African Novels, Cape Town, South Africa, July 2002.

The theme of this event is the relationship of the writer with the struggle for a world that is more humane and more democratic. One could begin with this question: what is the writer's responsibility towards democracy and human rights? It is total. For the writer's greatest commitment is towards truth and freedom. To fight the cause of truth, the writer uses an untruth: literature. But it is a lie that doesn't lie.

However, the writer has other commitments. One of the duties of an African writer is to be willing, in certain circumstances, to stop being a writer and to not think of himself as “African”.

Let me explain: the writer is someone who should be open to travelling through other experiences, other cultures, other lives. He should be willing to deny his own self. For only by doing this will he journey between identities. And that is what a writer is – a traveller of identities, a smuggler of souls. There isn't a writer who doesn't share this condition: a creature of the frontier, someone who lives by a window, the window that looks out over innermost territories.

Our role is to create the guiding principles for a line of thinking that belongs more to us, so that the assessment of our place and our time may cease to be made on the basis of categories created by others. And so that we may go on to tackle that which seems to us to be most natural and beyond question: concepts of human rights, democracy, Africanness. It is precisely our relationship with Africa that I would like to question here. Why this  “Africanness,” raised to the level of identity, has been the object of continual mystification.

Some people hurriedly seek some sort of essential quality for what they call “Africanness”. On the surface, they are busy seeking the roots for their pride in being African. But, in the end, they show a similarity to colonial ideology. Africa cannot be reduced to a simple entity, easy to understand and to be accommodated in the compendia of Africanists. Our continent is the result of diversities and hybridities.

When we talk of hybridities, we have to be careful, as if a hybrid product were somehow less “pure.” But there's no such thing as purity when one is talking of the human species. And if we enter into hybrid relationships, it means that someone else, on the other side, has received something that was ours.

The defenders of African purity redouble their efforts to find its essence. Some set off to prospect in the deep past. Others seek to situate African authenticity in the rural tradition. As if the modernity that Africans are inventing in the urban areas weren't itself similarly African. This restricted and restrictive vision of what is genuine may well be one of the main reasons why literature in Africa is viewed with suspicion. Literature goes hand in hand with modernity. And we lose our “identity” if we cross the frontier of traditionalism: that's what the prejudices of the hunters of ethnic and racial virginity tell us.


The opposition between the traditional – seen as the pure, uncontaminated side of African culture – and the modern is a false contradiction. For the rural cosmovision is equally the product of exchanges between different cultural worlds. The vast majority of young people from the rural culture of my country dream of being Michael Jackson or Eddy Murphy. In a word, they dream of being Black Americans.

“Here I am,” wrote Léopold Senghor, “trying to forget Europe in the heart of Senegal.” The Senegalese poet and statesman never managed to forget. He was himself a bridge between two continents. Nor could he have been otherwise. To forget Europe cannot be to eliminate the internal conflicts that have shaped our very identities. Europe was inside the African poet and it could not be forgotten by imposition.

Between the invitation to forget Europe and the dream of being American, the solution can only be seen as a step forward. African intellectuals shouldn't be ashamed of their predilection for hybridity. They don't need to correspond to the image of European myths concerning them. They don't need artifices or fetishes in order to be African. They are Africans just as they are, urban dwellers with a mixed and tangled up soul, because Africa has every right to modernity, it has every right to assume its hybridities, which it initiated itself and which make it more diverse and therefore richer.

We need to escape from this trap, and this can only be done by those Africans prepared to accept, without fear, their membership of a culturally mixed world. Some self-styled Africanists, no matter how much they may resist so-called European concepts, nevertheless remain prisoners of these same concepts. Nor is it that they attach importance to them, but that importance is accorded for negative reasons. It's not a question of finding identity by retreating into some ancestral purity. The most ferocious defenders of African cultural nationalism are designing houses that are contrary to, but still within the overall framework of the architecture of the Other, of that which we call Western. A fetishistic attitude, turned towards customs, folklore, tradition, is of little value. Colonial domination invented a considerable proportion of Africa's past and tradition. Some African intellectuals, ironically, in order to negate Europe, ended up embracing European colonial concepts. 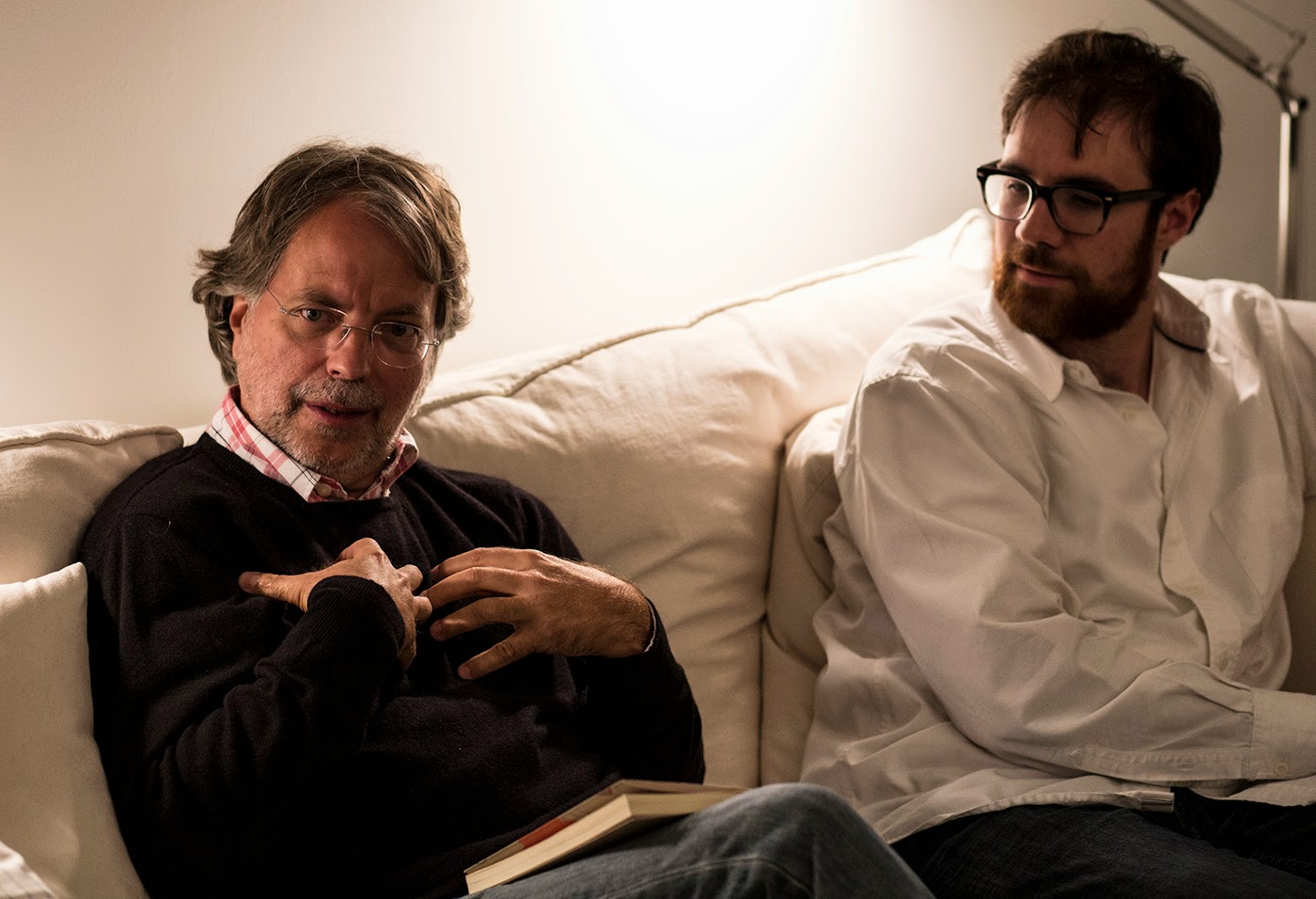 In fact, the obsession with classifying what is and is not “African” began in Europe. Ethnography and anthropology, disciplines that, until recently, sought to identify essence rather than process, also trod that path. The discoverers of identities were like those navigators of the sixteenth century: anxious, some of them, to baptize territories that had, in fact, long been baptized; others, in a hurry to label population groups whose characteristics they didn't even know: tribes, ethnic groups, clans.

Think, for instance, of the culture produced by Africans. Instead of valuing the diversity of such production and seeing the book as a cultural product, literary appreciation is often substituted by a more or less ethnographic set of values. The question posed is the extent to which the author  is “authentically African.” No one knows exactly what it is to be “authentically African.” But the book and its author still need to undergo this test of identity. Or a certain idea of identity.

Demands are made of an African writer that are not made of a European or American writer.  Insistence is made on proof of authenticity. Questions are asked about the degree to which it is ethnically genuine. No one questions whether José Saramago represents Portuguese culture. It's irrelevant to know whether James Joyce corresponds to the cultural standards of this or that European ethnic group. Why should African writers have to show such cultural passports? This happens  because people persist in thinking of the production of these African writers as belonging to the domain of anthropology or ethnography. What they are producing isn't literature but a transgression of what is accepted as traditionally African.

The writer isn't just someone who writes. He’s someone who produces thought, someone capable of pollinating others with feeling and delight.

More than this, the writer challenges the basis of thought itself. He goes further than challenging the limits of political correctness. He subverts the very criteria that define what is correct, he questions the boundaries of reason.

Mozambican writers nowadays fulfil a commitment of an ethical type: to reflect on this Mozambique but to dream of another Mozambique. They run the risk, like all artists in every other country, of being devoured by the same nation they helped to liberate.

We have passed from a period in which our heroes always ended up by being killed – Eduardo Mondlane, Samora Machel, Carlos Cardoso – into a time when heroes are not even born. We await the renewal of a state of passion that we have already experienced once, while hoping for the re-kindling of love between writing and the nation as a home we can dream of. What we want and dream of is a nation and a continent that no longer need heroes.

MIA COUTO was born in Beira, Mozambique in 1955. In the years after his country gained independence from Portugal, he was director of the Mozambican state news agency, and worked as a newspaper editor and journalist. Since the 1980s, he has combined the profession of environmental biologist with that of writer.
Couto is the author of more than 25 books of fiction, essays and poems that have been translated into more than 20 languages. He has won major literary prizes in Mozambique, Zimbabwe, Portugal, Brazil and Italy. African critics chose his novel Sleepwalking Land as one of the twelve best African books of the 20th century.
In 2013 Couto was awarded the Camões Prize, given to a Portuguese-language writer for his life’s work. In 2014 he received the Neustadt International Prize for Literature, sometimes dubbed “the American Nobel.”   Couto’s books have been bestsellers in Africa, Europe and South America.
Mia Couto lives with his family in Maputo, Mozambique, where he works as an environmental consultant.

DAVID BROOKSHAW has translated eight other books by Mia Couto, including The Tuner of Silences, Sleepwalking Land, Under the Frangipani and The Last Flight of the Flamingo. He is Professor Emeritus in Lusophone Studies at the University of Bristol, with a special interest in postcolonial literatures and literary translation.
Tweet

This is very interesting and informative knowledge that you provide about essay writing for admission your experience is significant for student.
computer science dissertation

Great post and information. Thanks for sharing this valuable information. looking forward to more such blogs from you. Keep posting.