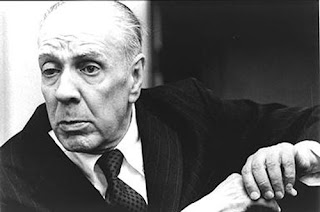 From time to time, to push a friend to read something I like in a language he doesn’t understand, I’ll try my hand at translating. Translating, after all, is a sort of extension of the act of reading, a creative sort of reading, one might say. So a few years ago, for the sake of friendship, I attempted to translate into English a short story by Jorge Luis Borges called “La trama” – meaning “The Plot” or “The Web” – and barely two paragraphs long.

Borges, who died just two decades ago, far from his native Argentina, is now recognized as one of this century’s greatest writers. And yet his literature hasn’t been served well by his English translators. This is ironic since, over and over again, he’s been accused of writing English under the pretense of writing Spanish, of submitting the wild and exuberant Spanish language to the phlegmatic rigours of the English tongue.

From the very start, English versions of Borges have been plagued by two conflicting and equally deadly styles of translation. The first is a style that tries to ape the appearance of the original. This leads the English translator to choose a word because “it sounds” like the word in Spanish. Since English can draw both from its Anglo-Saxon and from its Latin roots, the mistake is made of assuming that “fatigar,” for instance, a verb Borges made his own, as in “fatigar las bibliotecas” can be translated as “to fatigue the libraries” (which sounds clinical or nonsensical) instead of translating it simply as “to exhaust the libraries” (which has the clarity of the Spanish original). “Fatigue” introduces in the text an unpleasant surprise that of course isn’t there in the original. As Borges would have said, “such surprises are inadmissible, because it’s impolite to startle the reader.”

Even at his most baroque, Borges was crystal clear. One of his most famous stories, “The Circular Ruins,” contains in Spanish the following line:

Paul Bowles (to use a Borgesian word) “perpetrated” that line in this abominable Latinate style:

It is certain that the greyish man kissed the mud, repelled the bank without parting (probably without feeling) the sharp reeds that dilacerated his flesh and dragged himself, light-headed and bleeding, onto a circular room crowned by a stone tiger or horse that once had the colour of fire and now that of ashes.

“Repelling,” “parting,” “dilacerated” either carry the wrong sense or sound pedantic; they are there because Latin calls to Latin in Mr Bowles’s tin ear. Words are replaced for others with different meaning and with no visible improvement: “Greyish” for solid “grey,” “light-headed” for “faint,” “sharp reeds” for “blades,” “room” for “enclosure.”

The second style is well-meaning but almost equally deadly. It believes it can better things by adding emphasis and ignoring the cadence of the original. Take for instance one of Borges’s earliest translators, James E. Irby:

The truth is that the obscure man kissed the mud, came up the bank without pushing aside (probably without feeling) the brambles which dilacerated his flesh, and dragged himself, nauseous and bloodstained, to the circular enclosure crowned by a stone tiger or horse, which was the colour of fire and now was that of ashes.

Irby darkens Borges’s “grey” man and makes him “obscure,” “bloodstained” instead of “bloodied,” transforms the sharp tropical blades into “brambles,” and not happy with them merely “cutting” the man’s flesh, has them “dilacerate” him (as Bowles had done) or tear him to bits.

Now, speaking in broad terms, Spanish is a language that thrives on ambiguity. Its power (and its weakness) lies in its opulence; it delights in multitudes of nouns, trains of adjectives, processions of verbs, in garrulous paragraphs and roundabout sentences. In Spanish, Macbeth’s “milk of human kindness” is apparently too domestic; a notorious translation gives it as “tu lechosa humanidad,” “your milky humanity.” English, on the other hand, is austere. To go from one to the other, even without considering the problem of vernacular expressions, is like trying to turn a multitudinous Paella a la Valenciana into plain beans on toast.

The agonies of attempting such enormous metamorphoses are ancient. In the seventeenth century, Bishop Sprat vigorously condemned the paella-style writers and praised instead those who stuck to their beans. In his History of the Royal Society of London the good bishop wrote that we must not allow ourselves to be tempted by the pomp of things baroque, but choose instead to remain naturally simple,

to reject all amplifications, digressions, and swellings of style; to return back to the primitive purity and shortness, when men deliver’d so many things almost in an equal number of words.

But literature is not all Hemingway or Raymond Carver, as most translators from the Spanish into English find – as they try to reconstruct a text in a language that disallows that text’s very shape and substance. Attempting to render in English the baroque pastiches of the early Borges, the sophisticated “ficciones” of the middle Borges, or the vernacular eccentricities of the later Borges, a translator must invent for these texts another language, an English that can be both baroque and minimalist while at the same time subverting both the perception of the translator as slave and that of the writer as obedient servant to a bishop’s dogma. I don’t think we’ve yet succeeded.

Certainly not as far as my own efforts are concerned. My attempt to translate Borges for my patient friend failed miserably. The two paragraphs of “La trama” are deceptively brief. The first one describes in a few words the death of Julius Caesar and ends, as he recognizes among the murderers his beloved Brutus, with the pathetic cry: “You too, my son!”. The second paragraph I translated like this:

Fate enjoys repetitions, variations, symmetries. Nineteen centuries later, in the south of the province of Buenos Aires, a gaucho is attacked by other gauchos. As he falls, he recognizes the face of one of his godsons and says to him with mild reproach and slow surprise (these words must be heard, not read): “¡Pero che!” He dies, and he doesn’t know that he’s dying in order to repeat a scene.

“¡Pero che! ” is untranslatable. It is one of those local expressions whose sense depends not only on the tone and the gestures with which it is spoken, but on a childhood spent in a Buenos Aires neighbourhood, on conversations in dusky cafés and on obligatory nostalgia. In the end, I came up with a lame “Come off it!” which doesn’t even begin to do justice to the irony and melancholy contained in the “¡Pero che!”.

I don’t know if every text can be translated. Translation is the art of reimagining, in another language and through other eyes, that which a certain text appears to be saying. Translation demands from a reader not only the intelligence of a text, but the construction of another text, a different text, that will allow another reader that same intelligence. At its best, translation is the art of understanding.

I consoled myself with the thought that “¡Pero che!” existed outside literary language, that technically it wasn’t Spanish at all but merely something close to onomatopaeia, like “what?” or “eh?”. I told myself that it was as unfair to be forced to translate “¡Pero che!” into English, as it was when the Red Queen asked Alice to translate “Fiddle-de-dee” into French.

But I had forgotten that translation is also the art of chance. A few months later, I happened to be reading G.K. Chesterton’s A Short History of England – a book with which Borges was vastly familiar. Suddenly I came upon the following lines:

The British state which was found by Caesar was long believed to have been founded by Brutus. The contrast between the one very dry discovery and the other very fantastic foundation has something decidedly comic about it; as if Caesar’s “Et tu Brute” might be translated “What, you here?”

In Spanish, the perfect translation of these last words, as Borges no doubt knew, is of course, quite simply, “¡Pero che!”.

Chiaro, conciso, comprensibile!
What else?!

So what do you think is the best translation of Borges?

I don't know if I completely agree with some of your comments on Bowles' translation. I mean, "dilaceraban" is quite the bulky word, even in Spanish. Translating it as "cutting," as you would do, changes the tone, because "cutting" is common English, while "dilaceraban" is comparatively fancy Spanish. It might be horrible to read "dilacerated" in English, but it seems to me closer to the original than "cutting." The rest of your comments seem fair, except that I think "light-headed" actually applies, since that's the meaning of "mareado" - or "dizzy" - in the original. I'm not sure "faint," as you want it, fits so well.

A very good and informative article indeed. It helps me a lot to enhance my knowledge, I really like the way the writer presented his views.
voice over talent agencies

This is a wonderful blog post. Thanks for the information.
german voice over service in dubai

This article gives the light in which we can observe the reality. This is a very nice one and gives in-depth information. Thanks for this nice article
online legal translation services at low cost